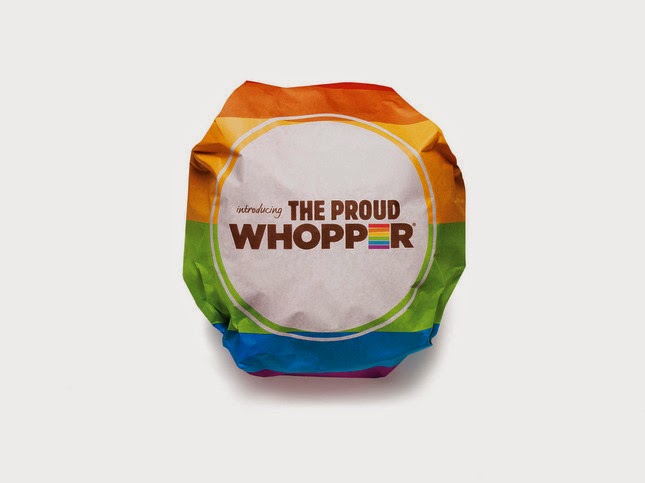 We Are All The Same Inside

Is God pissed yet? How come He doesn't send a message or two? What's He waiting for? Micky D's Sodomite Big Mac?


Burger King has concocted yet another way to have it your way: a gay pride burger. The Proud Whopper, as it's called, comes wrapped in a rainbow colored wrapper with this inscription: "We are all the same inside." It will be sold through Thursday at one Burger King restaurant on San Francisco's Market Street, that was at the heart of the route for last weekend's 44th annual San Francisco Pride Celebration & Parade. Burger King on Wednesday morning at 8 a.m. EST plans to post a two-minute video about the Proud Whopper on its YouTube channel. "It showcases who we are as a brand," says Fernando Machado, senior vice president of global brand management at Burger King. "It shows how we, as a brand, believe in self-expression." The inspiration behind the unusual burger wrap and video, he says, is Burger King's localized efforts to put into motion actions that support its recently-tweaked slogan: "Be Your Way."  USA Today Read More>>>>>

Go ahead and read this and know that this ain't no Ninive!