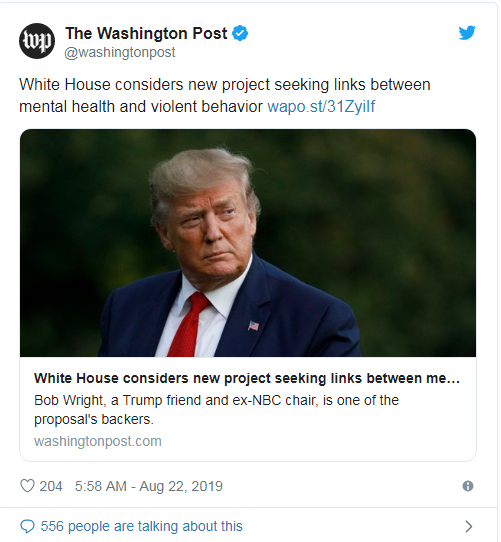 “The proposal is part of an initiative to create a Health Advanced Research Projects Agency (HARPA), which would be located inside the Health and Human Services Department,” reports the Daily Caller. “The new agency would have a separate budget and the president would be responsible for appointing its director.”  HARPA would employ “breakthrough technologies with high specificity and sensitivity for early diagnosis of neuropsychiatric violence,” including Apple Watches, Amazon Echo and Google Home. Source