Today, President Donald J. Trump informed FBI Director James Comey that he has been terminated and removed from office. President Trump acted based on the clear recommendations of both Deputy Attorney General Rod Rosenstein and Attorney General Jeff Sessions.

“The FBI is one of our Nation’s most cherished and respected institutions and today will mark a new beginning for our crown jewel of law enforcement,” said President Trump.

A search for a new permanent FBI Director will begin immediately. Source

Trump on Comey & the mess that is the FBI:

"Looks he's a a showboat, he's a grand-stander, the FBI has been in turmoil. You know that, I know that. Everybody knows that. You take a look at the FBI a year ago, it was in virtual turmoil. Less than a year ago, it hasn't recovered from that," Source

Just punishment for your Apostasy....

Comey baptized and raised as a Roman Catholic:

Comey even taught Sunday School at the United Methodist Church.


Does apostasy pertain to unbelief?


On account of apostasy from the faith, are subjects absolved from allegiance to an apostate prince?


Article 1. Whether apostasy pertains to unbelief?

Objection 2. Further, unbelief is an act of the understanding: whereas apostasy seems rather to consist in some outward deed or utterance, or even in some inward act of the will, for it is written (Proverbs 6:12-14): "A man that is an apostate, an unprofitable man walketh with a perverse mouth. He winketh with the eyes, presseth with the foot, speaketh with the finger. With a wicked heart he deviseth evil, and at all times he soweth discord." Moreover if anyone were to have himself circumcised, or to worship at the tomb of Mahomet, he would be deemed an apostate. Therefore apostasy does not pertain to unbelief.

On the contrary, It is written (John 6:67): "Many of his disciples went back," i.e. apostatized, of whom Our Lord had said previously (John 6:65): "There are some of you that believe not." Therefore apostasy pertains to unbelief.

I answer that, Apostasy denotes a backsliding from God. This may happen in various ways according to the different kinds of union between man and God. For, in the first place, man is united to God by faith; secondly, by having his will duly submissive in obeying His commandments; thirdly, by certain special things pertaining to supererogation such as the religious life, the clerical state, or Holy Orders. Now if that which follows be removed, that which precedes, remains, but the converse does not hold. Accordingly a man may apostatize from God, by withdrawing from the religious life to which he was bound by profession, or from the Holy Order which he had received: and this is called "apostasy from religious life" or "Orders." A man may also apostatize from God, by rebelling in his mind against the Divine commandments: and though man may apostatize in both the above ways, he may still remain united to God by faith.

But if he give up the faith, then he seems to turn away from God altogether: and consequently, apostasy simply and absolutely is that whereby a man withdraws from the faith, and is called "apostasy of perfidy." On this way apostasy, simply so called, pertains to unbelief.

Reply to Objection 1. This objection refers to the second kind of apostasy, which denotes an act of the will in rebellion against God's commandments, an act that is to be found in every mortal sin.

Reply to Objection 2. It belongs to faith not only that the heart should believe, but also that external words and deeds should bear witness to the inward faith, for confession is an act of faith. On this way too, certain external words or deeds pertain to unbelief, in so far as they are signs of unbelief, even as a sign of health is said itself to be healthy. Now although the authority quoted may be understood as referring to every kind of apostate, yet it applies most truly to an apostate from the faith. For since faith is the first foundation of things to be hoped for, and since, without faith it is "impossible to please God"; when once faith is removed, man retains nothing that may be useful for the obtaining of eternal salvation, for which reason it is written (Proverbs 6:12): "A man that is an apostate, an unprofitable man": because faith is the life of the soul, according to Romans 1:17: "The just man liveth by faith." Therefore, just as when the life of the body is taken away, man's every member and part loses its due disposition, so when the life of justice, which is by faith, is done away, disorder appears in all his members. First, in his mouth, whereby chiefly his mind stands revealed; secondly, in his eyes; thirdly, in the instrument of movement; fourthly, in his will, which tends to evil. The result is that "he sows discord," endeavoring to sever others from the faith even as he severed himself.

Reply to Objection 3. The species of a quality or form are not diversified by the fact of its being the term "wherefrom" or "whereto" of movement: on the contrary, it is the movement that takes its species from the terms. Now apostasy regards unbelief as the term "whereto" of the movement of withdrawal from the faith; wherefore apostasy does not imply a special kind of unbelief, but an aggravating circumstance thereof, according to 2 Peter 2:21: "It had been better for them not to know the truth [Vulgate: 'the way of justice'], than after they had known it, to turn back." 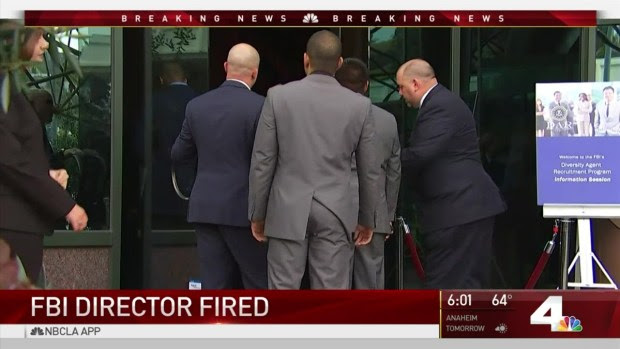 Article 2. Whether a prince forfeits his dominion over his subjects, on account of apostasy from the faith, so that they no longer owe him allegiance?

Objection 1. It would seem that a prince does not so forfeit his dominion over his subjects, on account of apostasy from the faith, that they no longer owe him allegiance. For Ambrose [St. Augustine, Super Psalm 124:3 says that the Emperor Julian, though an apostate, nevertheless had under him Christian soldiers, who when he said to them, "Fall into line for the defense of the republic," were bound to obey. Therefore subjects are not absolved from their allegiance to their prince on account of his apostasy. Objection 2. Further, an apostate from the faith is an unbeliever. Now we find that certain holy men served unbelieving masters; thus Joseph served Pharaoh, Daniel served Nabuchodonosor, and Mardochai served Assuerus. Therefore apostasy from the faith does not release subjects from allegiance to their sovereign.

On the contrary, Gregory VII says (Council, Roman V): "Holding to the institutions of our holy predecessors, we, by our apostolic authority, absolve from their oath those who through loyalty or through the sacred bond of an oath owe allegiance to excommunicated persons: and we absolutely forbid them to continue their allegiance to such persons, until these shall have made amends." Now apostates from the faith, like heretics, are excommunicated, according to the Decretal [Extra, De Haereticis, cap. Ad abolendam]. Therefore princes should not be obeyed when they have apostatized from the faith.

I answer that, As stated above (II-II:10:10), unbelief, in itself, is not inconsistent with dominion, since dominion is a device of the law of nations which is a human law: whereas the distinction between believers and unbelievers is of Divine right, which does not annul human right. Nevertheless a man who sins by unbelief may be sentenced to the loss of his right of dominion, as also, sometimes, on account of other sins.

Now it is not within the competency of the Church to punish unbelief in those who have never received the faith, according to the saying of the Apostle (1 Corinthians 5:12): "What have I to do to judge them that are without?" She can, however, pass sentence of punishment on the unbelief of those who have received the faith: and it is fitting that they should be punished by being deprived of the allegiance of their subjects: for this same allegiance might conduce to great corruption of the faith, since, as was stated above (Article 1, Objection 2), "a man that is an apostate . . . with a wicked heart deviseth evil, and . . . soweth discord," in order to sever others from the faith. Consequently, as soon as sentence of excommunication is passed on a man on account of apostasy from the faith, his subjects are "ipso facto" absolved from his authority and from the oath of allegiance whereby they were bound to him.


Reply to Objection 1. At that time the Church was but recently instituted, and had not, as yet, the power of curbing earthly princes; and so she allowed the faithful to obey Julian the Apostate, in matters that were not contrary to the faith, in order to avoid incurring a yet greater danger.

Reply to Objection 2. As stated in the article, it is not a question of those unbelievers who have never received the faith.

Reply to Objection 3. Apostasy from the faith severs man from God altogether, as stated above (Article 1), which is not the case in any other sin.