Attorney Sunny Barkats Tells Teenage Employee Denisse Villalta 'I Will Kill You. You Belong To Me': 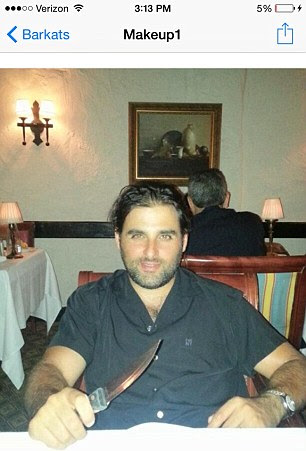 
'I will kill you. You belong to me': Lawyer 'forced teen applying for receptionist job to strip and have sex at firm'
A woman claims that during a job interview for a receptionist position she was forced to strip and have sex with one of the founding lawyers at a New York firm. Denisse Villalta, 21, alleges that attorney Sunny Barkats forced her to have sex with him during an interview when she was 19 years old, according to a lawsuit she filed Wednesday in Manhattan Federal Court. Barkats reportedly told Villalta that 'she now belonged to him and that she would be required to have a threesome with him and his wife,' the lawsuit states. 'I was very confused as to why the interview was going in the direction it was going,' Villalta told the New York Daily News of the pairs alleged October 2014 meeting. 'I was very scared, I just felt very threatened.' Daily Mail Read More>>>>>>
This ain't no Ninive....