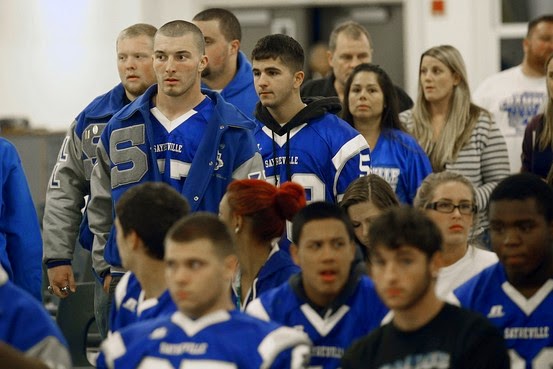 
THE SINS THAT CRY TO HEAVEN FOR VENGEANCE
Q. 925. HOW many such sins are there?
A. Four.
Q. 928. What is the second?
A. The sin of Sodom, or carnal sin against nature, which is a voluntary shedding of the seed of nature, out of the due use of marriage, or lust with a different sex.
Q. 929. What is the scripture proof of this?
A. Out of Gen. xix. 13. where we read of the Sodomites, and their sin. “We will destroy this place because the cry of them hath increased before our Lord, who hath sent us to destroy them,” (and they were burnt with fire from heaven.)
Q. 930. What is the third?
A. Oppressing of the poor, which is a cruel, tyrannical, and unjust dealing with inferiors.
Q. 931. What other proof have you of that?
A. Out of Exod. xxii. 21. “Ye shall not hurt the widow and the fatherless: If you do hurt them, they will cry unto me, and I will hear them cry, and my fury shall take indignation, and I will strike thee with the sword.” And out of Isa. x. 1, 2. “Wo to them that make unjust laws, that they might oppress the poor in judgment, and do violence to the cause of the humble of my people.”

Always thought that most footballers were fags/bullies:


The parent of one of the players at the high school football team engulfed in a horrific hazing scandal has described in detail how freshman members were allegedly abused. Boys who are new to the team were pinned down by seniors in the locker room, one of whom would anally penetrate them with his finger then stick it in the boys mouth, it was claimed this week. Arrest warrants have been issued for seven members of the team, who play for Sayreville War Memorial High School in New Jersey. And now claims have emerged that seven people at once were required for the sick ritual. Four boys would pin the freshman down in the locker room, and two would stand guard. The seventh would howl, turn off the lights, then carry out the penetration, according to the new claims. Daily Mail Read More >>>>>


Do you really think that these Sodomite footballers would have stopped unless they got caught? No.
Most of them will continue a life of Sodomy...some behind bars....