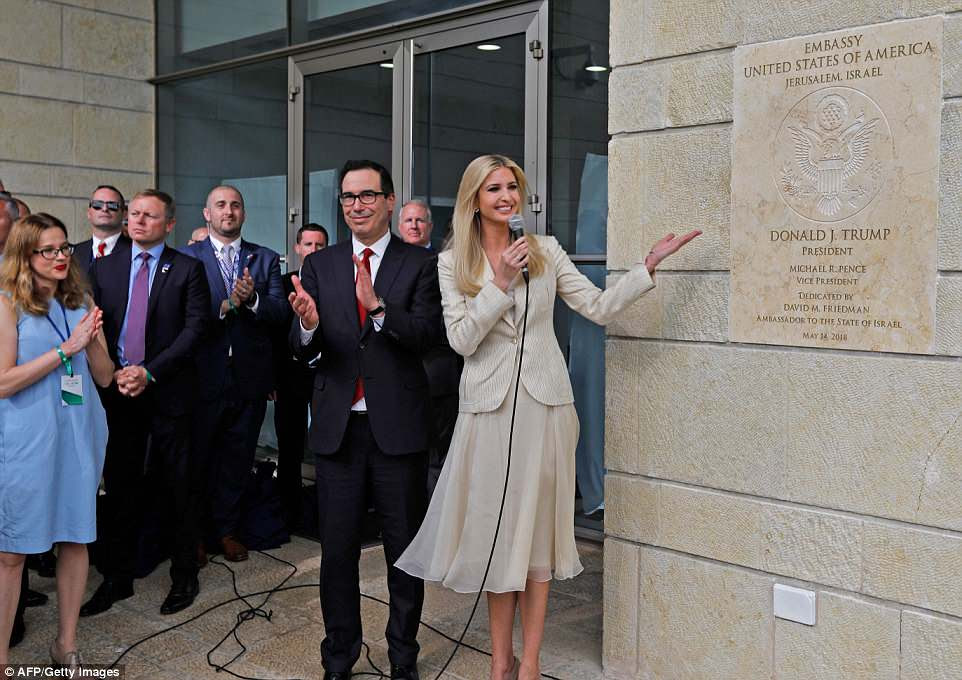 Israeli snipers have killed 37 Palestinians and wounded hundreds more as 35,000 protesters rallied against the US Embassy opening in Jerusalem overseen by Donald Trump's Middle East envoy Jared Kushner and daughter Ivanka. A 14-year-old was among 37 killed along the Gaza border on what is already the deadliest single day in the Israeli-Palestinian conflict since a 2014 war between the Jewish state and Gaza's Islamist rulers Hamas. At least 1,300 more have been injured with about 450 of them by live bullets, according to Gaza officials as the Palestinian government accused Israel of committing a 'terrible massacre' and Amnesty International called the bloodshed an 'abhorrent violation' of human rights. This afternoon a White House delegation - including Ivanka Trump and her husband - gathered for an inauguration ceremony for the opening of the new embassy. Israeli Prime Minister Benjamin Netanyahu is also in the audience.  Source 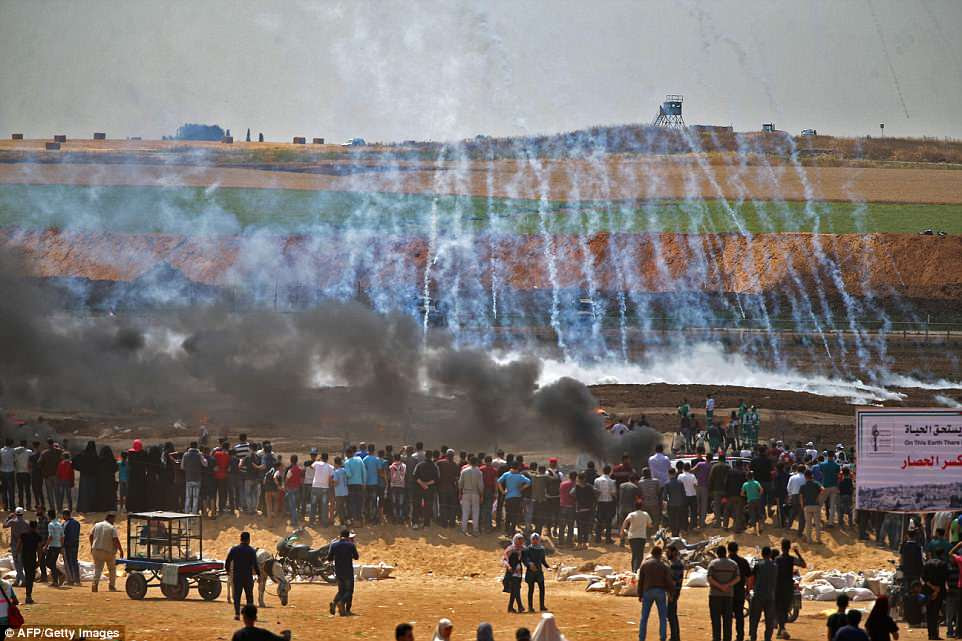