DOOM For TRUMP? Trump Tower FIRE "We Are Protected By God" 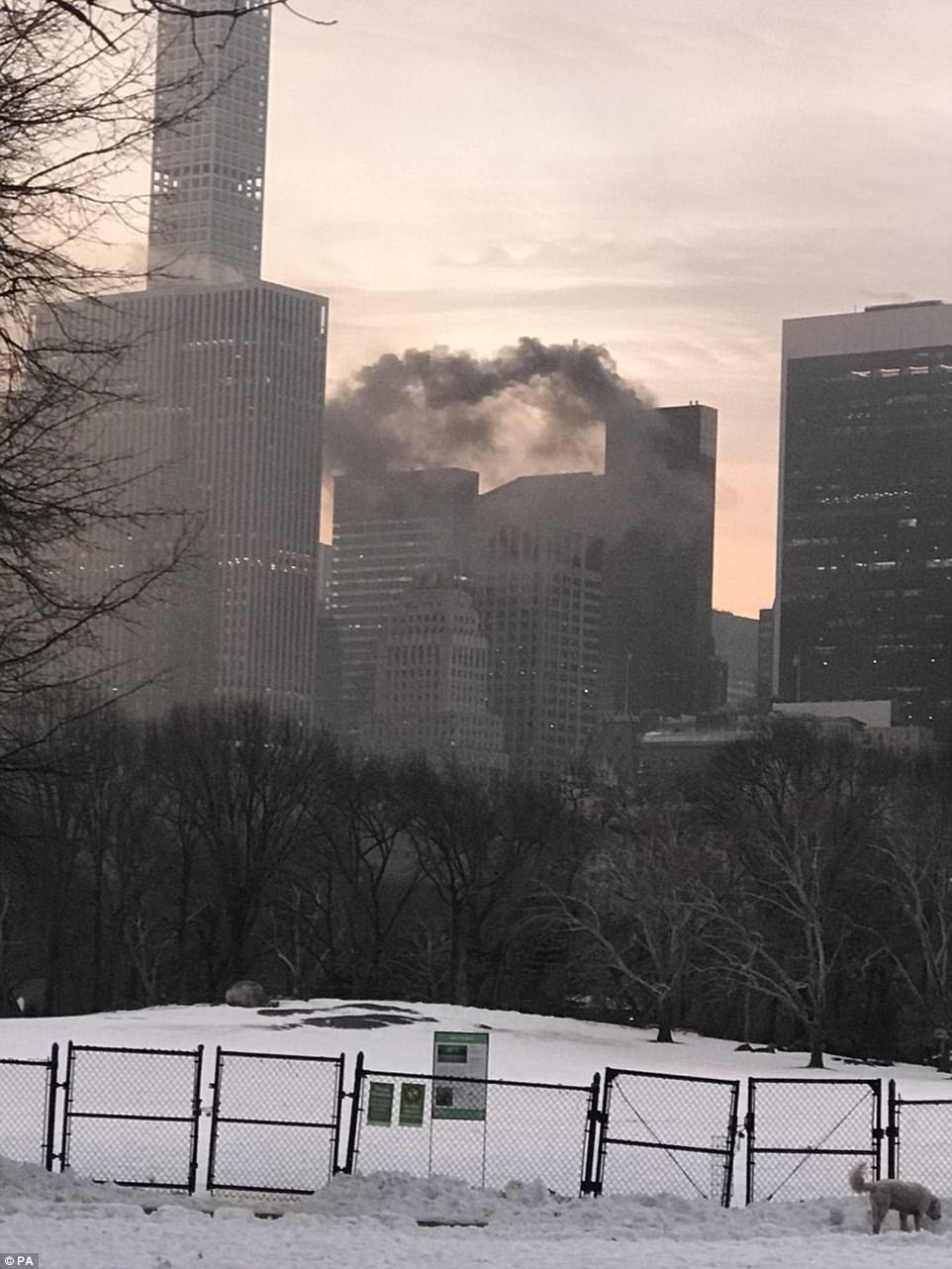 "We are protected by God" Trump Inaugural-Address 30 January 2017


Trump Tower FIRE: Manhattan skyline disappears in a cloud of smoke after early morning blaze breaks out on roof of the skyscraper, injuring civilian and a firefighter

Trump Tower caught fire on Monday morning, with emergency responders rushing to the scene just after 7am in midtown Manhattan. Firefighters could be seen on the roof of the building as large clouds of smoke covered the midtown skyline, managing to put out the blaze in less than an hour. The fire was caused by an electrical box in the HVAC system on the roof of the building according to an FDNY spokesperson. One civilian was injured as a result of the fire, while a firefighter also suffered a minor injury as a result of falling debris. Source